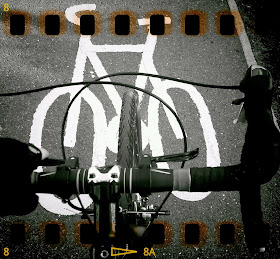 Press stories both locally and nationally are talking about huge increases in people riding bikes to work in cities where significant investment has been made like London and Bristol. Outside these areas the picture isn't as rosy and we're seeing static or decreasing numbers especially in rural areas.

Here is St Albans the 2011 census shows we've seen an increase of 26% in the number of people cycling to work since 2001. That's something over 600 people, but it only puts the cycle commuter percentage up 0.4 percentage points to 1.7%. This short sells cycling as a daily activity in St Albans by a touch since the census figures don't include people who ride their bikes to the station as part of their daily commute, and there are a lot of rail commuters filling up the bike racks at the station these days.

Surveys from the Department Of Transport in 2012 show a better picture for cycling in the city:

So we have what is probably a fairly active community of people riding bikes for leisure too, and if you've been out in the lanes at the weekends or along the Alban Way you'll see lots of evidence of this.

So, what can be done to increase cycling here? What the census figures show us is that investment in cycling facilities is key. We need a city where people don't have a perception that cycling is dangerous and cycling becomes more of a default choice for local journeys- people need to believe that you don't need to dress up, you don't need to fight your way through traffic, you just get on your bike and ride safely and easily to work, school, the shops, the park, the pub, the doctors, the library- wherever.

To do this we need better cycling facilities provided by a significant increase in funding and real commitment and leadership from St Albans and Hertfordshire councils to provide safe on and off road facilities for cycling. linking where people live to where they want to go. We're not going to get Dutch style segregation any time soon, but some more strategic spoke routes linking the Green Ring to the city centre would be a good start, as would 20mph limits and signposted routes into town along less busy streets.

Cycling isn't a political issue.Active travel like cycling addresses issues about congestion, pollution, activity, health and transport poverty which are common to all of us, regardless of politics.